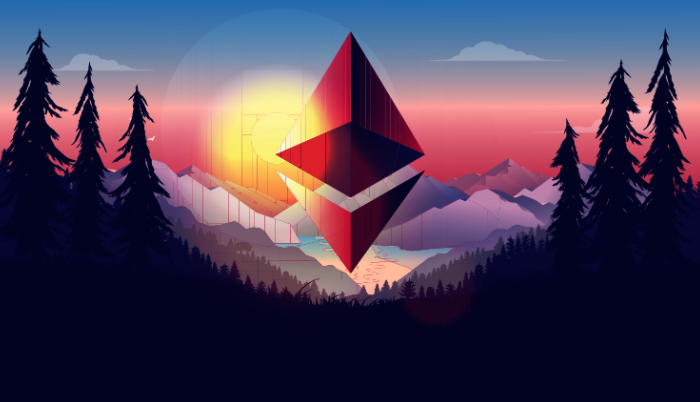 Increased activity can be noticed on the altcoins market, as Monero (XMR) managed to bank a 300% gain for the year. Bitcoin could not sustain the outperformance and these fundamental developments should facilitate a rotation into tokens with more attractive valuations.

Transition to PoS begins in December

December 1st will be an important day for the Ethereum history, considering the beacon chain will go live. That will mark the beginning of the transition from Proof-of-Work to Proof-of-Stake. Until November 24th, 524,288 ETH tokens from 16,384 validators had been transferred into the ETH2 deposit contract, reaching the required volume to keep the new chain up and running.

According to the plan, the Ethereum 2.0 beacon chain genesis will take place seven days after the required deposit contract’s threshold is met. It is important to mention that the validators who took place in the staking won’t be able to withdraw any tokens until phase 1.5 – when the actual Ethereum blockchain will merge with the Ethereum 2.0 beacon chain and the sharded environment.

It is possible, however, that 3rd parties could launch withdrawal-enabled staking services, which will be good news for HODL-ers wanting to sell some of the ETH tokens to cash out profits.

Cryptocurrencies on the defensive

Even though most of the large-cap tokens such as Bitcoin, Ether, or Monero, are on track for an impressive performance in 2020, the past few days had seen them retracing some of the gains. Bitcoin formed a double top around $19,500 and then slumped towards $16,200, still trading near the lows.

Ether broke above $600 but buyers were unable to keep the price above that zone and the selloff pushed the token towards $480. This week will most likely end with losses but even with negative performance, these cryptocurrencies will end November with gains.

From a season point of view, December is a positive month for cryptocurrencies, which means the buying momentum could resume again. Pressured USD continues to be a major tailwind for crypto as investors are seeing BTC, ETH, and other tokens as a protection against the weakening purchasing power of money.